An arbitration panel recently awarded a five-year contract to the city police union (FOP) that provides officers with a 7 percent raise. But the deal includes benefit changes that the city says will save major cash in the long haul.

The City is now facing a massive bill for police raises, but will win long-term savings through the addition of a lower-cost retirement plan for new hires and changes to the way health-care bills are paid. But the pain down the road in terms of cuts to benefits and health care were offset by the large raises and a concession on the part of the city regarding residency.

The contract provides wage increases in July 2010 and July 2011 that combined add up to seven percent.

According to the FOP this is a win win situation.
Members win: 7% raise
Union runs health insurance paid by the City
Abolishment of residency

Holy Shit! Things must be horrible in Philadelphia for the union to believe this was a win win situation. The above quotes were from an article in American Police Beat
As for our own hell, I will not be surprised when the City pushes for a two tiered pension system. However, how much will be saved when the City continues to underfund existing fire and police pensions.
Those Philly raises are earmarked for July 2010 and July 2011, their contract expired in July 09 therefore no retro. I can certainly see the City making a case with the arbitrator for our raises to be "end loaded", in essence, no retro. So if your raise wasn't for 2007, 2008 or 2009 but maybe for 2010 and 2011 there would be no percentage owed you retroactively.
Well our brothers and sisters in Philly got something, the right to live where they want, hopefully they can afford to do just that.
Posted by SECOND CITY SARGE at 3/02/2010 11:51:00 PM 5 comments:

Full Honors Funeral for Sergeant Haymaker will be held on Friday, 26 February 2010 at 1100 hrs

As a third-generation Chicago cop, Sgt. Alan Haymaker knew the dangers of his work, but a deep faith guided him, colleagues and friends say.

Just last December, after two decades of working in some of the city's most violent areas, Haymaker, 56, transferred to a seemingly safer district.

But in the early-morning hours Monday, after snow had blanketed the city, he was killed in the line of duty after his squad car spun out on an apparently icy stretch of Lake Shore Drive. Haymaker, assigned to work the street on the overnight shift in the Town Hall District, was responding to a call of a burglary in progress when he crashed, officials said.

The car smashed into a tree and pole, trapping him inside, said James Jackson, an assistant police superintendent. He was pronounced dead about two and a half hours later. An autopsy is scheduled for Tuesday.

"Icy road conditions were a factor," Jackson told reporters. "Words cannot express the sorrow we feel at his loss."

Haymaker, the first officer to die in the line of duty this year, was southbound on Lake Shore Drive about 5:30 a.m. when he responded to the burglary at a cell-phone store in the 3100 block of North Clark Street. He lost control of the car near Irving Park Road, according to witnesses

MURDER OF A POLICE OFFICER

A friend called me this morning and asked if I would put up the story of murdered Gilbert, Arizona Police Lieutenant, Eric Shuhandler.

Lieutenant Eric Shuhandler was shot and killed after stopping a vehicle occupied by two males near the intersection of Val Vista Road and Baseline Road, near the border of Gilbert and Mesa.

After pulling into the parking lot of a strip mall, he was shot by the passenger who had a warrant outstanding. Lieutenant Shuhandler was fatally wounded in the exchange.

Two sergeants from the Mesa Police Department heard the shot and found Lieutenant Shuhandler at the same time as Gilbert police received a 911 call reporting the shooting. He was transported to a local hospital where he died from his wound.

The suspects were located minutes later and a 50-mile high-speed chase began along Highway 60, with several units pursuing the pickup through Phoenix-area communities. The suspects fired several rounds and threw objects from their vehicle at the pursuing officers. The vehicle abruptly stopped in the town of Superior, and both suspects were wounded in an exchange of gunfire with officers from four agencies. Both suspects were arrested at the scene.

Please visit Officer Down Memorial Page to leave your thoughts and prayers for Lt. Eric Shuhandler. Please keep Eric's family, friends and the men and women of the Gilbert Police department in your prayers.
Posted by SECOND CITY SARGE at 1/30/2010 01:59:00 PM 3 comments:

This morning I had the displeasure to read a story in the Chicago Tribune that attempts to discredit two Chicago Police Officers. The officers were involved in a shooting on the west side back in 2004. Now the Chicago Tribune claims doubts are cast on the justification of the shooting of a suspect and a 13 year old bystander. Right away I began to suspect that this "investigation" by the Tribune and Columbia College journalism students was nothing more than a smear job generated by an unsavory law firm.

When pressed by plaintiffs' attorney Russell Ainsworth of Loevy & Loevy about why he did not shoot at Smith, Chatman said he didn't have a good angle.

Well go figure, Loevy and Loevy coincidentally happen to be representing the bystanders. This firm has to be one the most reprehensible group of greedy bastards that "practice" law in Chicago. These people will take any arrest and spin it so that the hard working dedicated police office is seen by a jury as nothing but a thug and the arrestee a victim. They make my stomach turn and they, not the officers, cost the citizens of Chicago millions of dollars because of their greed.
As for the Tribune, try investigating political corruption in this city, county and state and quit being manipulated by the likes of Loevy and Loevy who strive for dollars, not justice.
Posted by SECOND CITY SARGE at 1/26/2010 05:01:00 PM 9 comments:

I was reading American Police Beat and saw this article:

Resisting Arrest: Not A Crime
Written by Dennis Slocumb
The Multnomah County Sheriff's Office in the Portland, Oregon area recently sent out a memo regarding a resisting case (State v. Oliphant) and its decision's effect on Oregon law enforcement. In essence, the ruling says: an arrestee may defend himself against a police officer's use or imminent use of force if the arrestee believes, as much as a reasonable person in his position would believe, that the officer's use or imminent use of force exceeds the force reasonably necessary to make the arrest.
Oregon effectively is now the only state that gives a suspect charged with Resisting Arrest (ORS 162.315) an affirmative defense that they were defending themselves against what they reasonably believed was an actual or imminent unlawful use of force by a police officer. 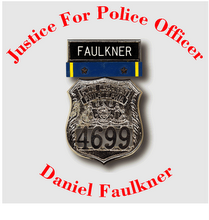 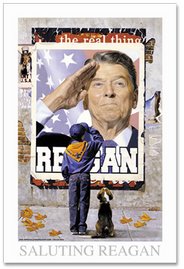